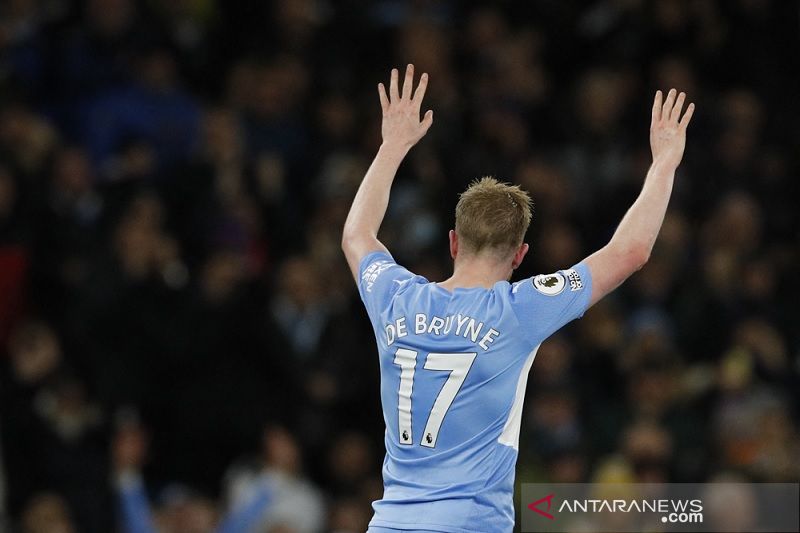 Quoted from the club’s official website on Saturday, Kevin De Bruyne explained that he always wanted to play in big games, including when dealing with the Blues.

According to him, Manchester City and Chelsea have been involved in several battles in recent years where his team won and the Blues won several times in the English Premier League and Champions League.

“It’s amazing. I think you always want to play in big games. We’ve had a lot of fights in the last few years where we won and they won some games in the Premier League and Champions League,” said Kevin De Bruyne.

Read also: Guardiola confirms new coronavirus case at City ahead of Chelsea game
Read also: Kevin De Bruyne admits that he is still struggling with the impact of the rest of the Covid-19

The Belgian explained that the match against Chelsea was a big one, and their opponents had shown good form in recent times.

Kevin De Bruyne admits he also watched Chelsea’s match against Liverpool in the Premier League which ended 2-2 and slightly saw the Blues beat Tottenham Hotspur 2-0 in the English League Cup.

De Bruyne assesses that Chelsea are currently in a good rhythm of play and he expects Thomas Tuchel’s men to give Manchester City a big test.

“It’s a big game. They’ve been playing really well lately. I watched the game against Liverpool and a little bit in the first leg against Tottenham, so they’re in a good rhythm. I expect them to give us a big test,” said De Bruyne. .

In the first meeting of the two teams in the Premier League this season, Manchester City could secure a victory over Chelsea at Stamford Bridge with a narrow 1-0 win thanks to a goal scored by Gabriel Jesus.

Currently, Manchester City is at the top of the Premier League standings with 53 points from 21 matches, while Chelsea is in second place with 43 points.

Read also: Man City earn big revenue during 2020-2021 despite pandemic
Read also: Haaland will decide his future, City are in pole position
Read also: Arsenal asks for the match vs Tottenham to be postponed, Conte still prepares his team