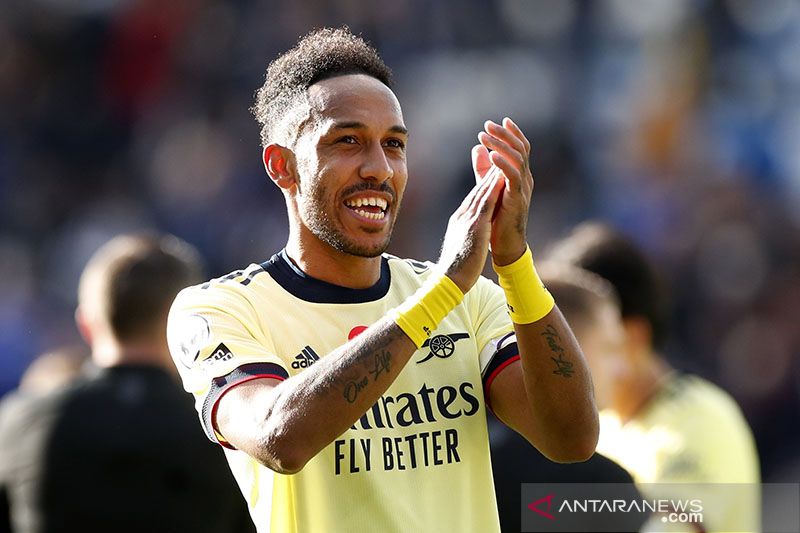 Jakarta (ANTARA) – Gabon are hoping to field captain Pierre-Emerick Aubameyang on Tuesday when they play their final Africa Cup of Nations group game after he was dramatically excluded from Friday’s 1-1 draw with Ghana in Yaounde.

Aubameyang missed Gabon’s first game against the Comoros on Monday after testing positive for COVID-19 upon arrival in Cameroon for the tournament and he was quarantined with team-mate Mario Lemina.

The pair rejoined the team after nearly a week of isolation, and trained on the eve of their second Group C game against Ghana.

But the Confederation of African Football ordered Gabon not to feature them in the match after detecting a heart problem during a post-COVID medical examination.

“They passed the PCR test, which was negative, and then they did a second battery medical test and it looks like they both have a problem,” Gabon coach Patrice Neveu said.

“I was on the phone with the team doctor and CAF and they told me not to play them, because their health comes first.

“The virus has left some residue on their MRI tests. Aubameyang and Lemina have no heart problems but COVID may leave some waste, so it’s best not to play and we follow protocol.”

But Neveu said he was “itching” to field both against Morocco in Yaounde on Tuesday, where Gabon could take top spot in the group.

“There are still four days before the next game and I hope they come back because we really need them. Fortunately, CAF allowed us to bring a 28-man squad to this tournament because otherwise I wouldn’t be able to cope. The virus is strong. I have it myself but it’s gone. in two days.”

Gabon will also have to play without Axel Meye, Gilchrist Nguema, Sidney Obissa and Lloyd Palun, who also tested positive.

Gabon may not finish in the top two of their group, but four points from their first two games should be enough for them to progress to the next round as one of the four best third-placed teams in the group stages.