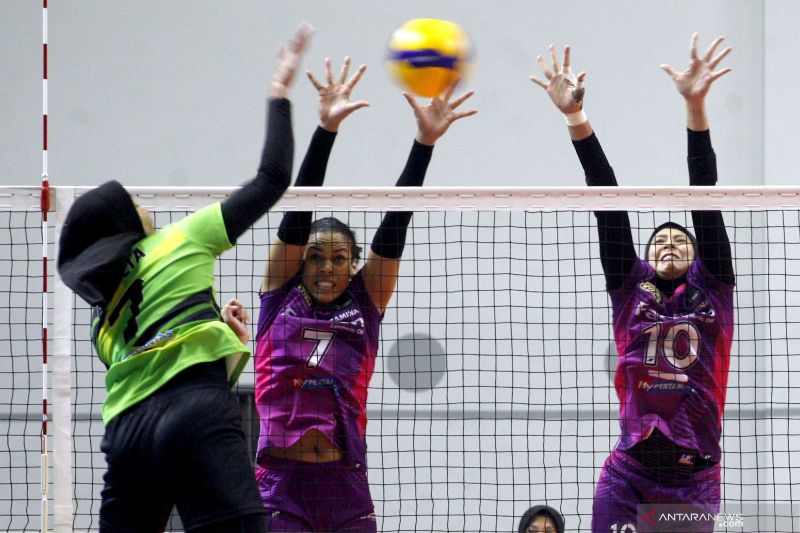 But on the other hand, said Octavian, competing teams like Popsivo come with incomplete compositions. “I think the opposing teams are still not optimal. Many teams have not been strengthened by two foreign players,” said Octavian.

On this occasion, Octavian also said that there were still a number of notes for Niverka Marte and his friends to further mature themselves ahead of the next match.

“There are still many shortcomings. For example, the setter’s accuracy is not right and others. But our performance in the second match was quite a bit up and we were able to win,” Octavian added.

Jakarta Pertamina Fastron will continue its journey in the most prestigious volleyball competition in the country against Jakarta Electric PLN on Sunday (16/1).

The match was very tight from the start. The difference in numbers between the two teams is not far. So the match which was colored by many protests with the leadership of the referee lasted for three hours and three minutes.

“This match was the first in the history of the Proliga that many mistakes were made. The match was tight with a two-point difference for each match. Psychologically, as a team, we already understand the strategy we want to follow,” said Jakarta BNI 46 coach Samsul Jais after the match.

In yesterday’s match, Jakarta BNI 46 protested against the leadership of the referee. Dimaz Saputra and his friends felt that referee Haryono had harmed because of his decisions in the fourth and fifth sets. In fact, they had refused to compete.

According to Samsul Jais, the referee’s decision had an impact on the players. “I think in the future Proliga must evaluate because the referee’s leadership was not good tonight (yesterday),” Samsul added.

Meanwhile, the coach of Surabaya Bhayangkara Samator, Sigit Ari Widodo, admitted that he was unlucky in the match. In the fifth set, BNI 46 was able to take advantage of some momentum so that they could win. Instead they made a number of mistakes.

“We were unlucky in this match, in the fifth set BNI had momentum and technically we made some mistakes. Our foreign player, Marko Sindelic, did not participate much in this match,” he concluded.