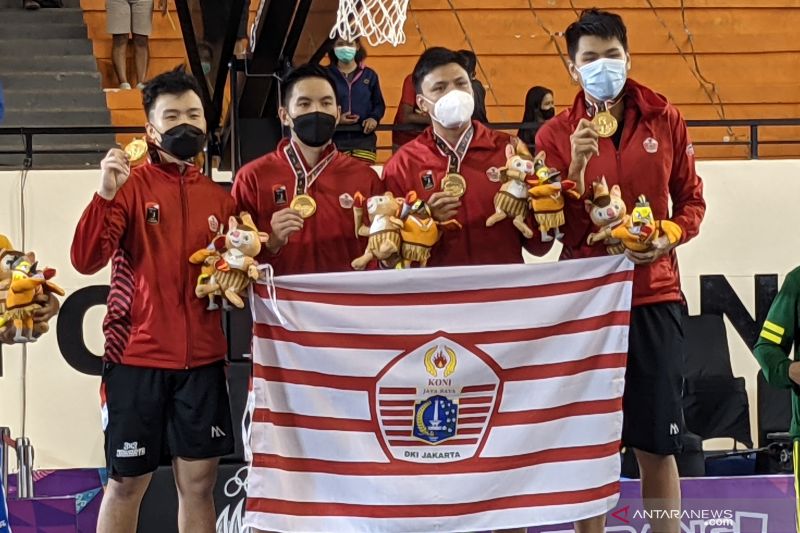 Jakarta (ANTARA) – Yos Paguno is no longer running for general chairman of the Provincial Management (Pengprov) of the All-Indonesian Basketball Association (Perbasi) DKI Jakarta for the 2022-2026 period.

In fact, Yos, who served as the General Chair of the DKI Jakarta Perbasi Provincial Government for the 2017-2022 period, had one more period to lead the main basketball organization in the capital city. However, he wants leadership regeneration in DKI Jakarta.

“I am quite satisfied with the existing results. DKI’s achievements are better than previous achievements and have always been a barometer of national basketball,” said Yos in his official statement, Friday.

Since carrying out his duties as the General Chair of the DKI Jakarta Perbasi Provincial Government, Yos has successfully led the capital city squad to achieve various achievements.

This achievement in the national event helped bring DKI Jakarta basketball players to the Indonesian Basketball League (IBL) 2022 season, which incidentally is the most prestigious professional basketball competition in the country.

Like the three players in RANS PIK Basketball, namely Althof Dwira Satrio, Alfredo Tanujaya Julianto, and Agus Salim. Then two players in the Indonesia Patriots, Ali Bagir Warayabi and Aldy Izzatur Rachman, as well as others were spread across a number of teams.

Yos hopes that there will be a new leader who can continue his struggle to maintain the existence of DKI Jakarta as a barometer of the national basketball sport. “DKI Jakarta is now in the top position. Of course, many other regions are motivated to beat DKI Jakarta,” he said.

As for another reason, he will no longer advance in the nomination market for the General Chairperson of the DKI Jakarta Perbasi Provincial Administration for the 2022-2026 period, continued Yos, who will prepare to compete in the national basketball management arena. “Who knows in the future we can bring gold for Indonesia at the SEA Games or other international events,” he said.

On the other hand, the DKI Jakarta Provincial Deliberation (Musprov) will be held at the JS Luwansa Hotel, South Jakarta, on January 15.

In addition, the two prospective candidates must also sign an integrity pact which contains three points. First, being competent in organizational management as Ketum Pengprov Perbasi for the 2022-2026 period.

Second, as the elected chairman, he will be willing to prepare financing for the DKI Jakarta Perbasi activities. “The three are willing to resign if they are unable to carry out points 1 and 2,” said Marlinda Karin Lalisang.